By the 6th day of FFFWeek, I was on my last ounce of energy and my ankles were humongous. Woo! It was a long week, but so, so fulfilling getting to talk with everyone and meet new people. On the last day, me and Brittany (my friend from home) decided to fit in some touring of NYC before the runway. We first headed to Central Park. We wanted to spend a few hours there, but really only snuck in about an hour before we went to a bus tour. I had really wanted to ride the carousel, so we were off to find it and during our walk we happened upon a baseball game. It was a pretty perfect scene. Made me want to move to New York City ASAP.

We found the carousel, and I was off to have my ride. I thought it’d be more open and you’d get more of a view of the city, but that wasn’t the case. Either way, I had fun. It was a bit of an attempt to overcome my fear. I never let myself ride a carousel when I was younger due to insecurity over my weight–or if I did ride it was only the stationary items on the carousel. Not this time! 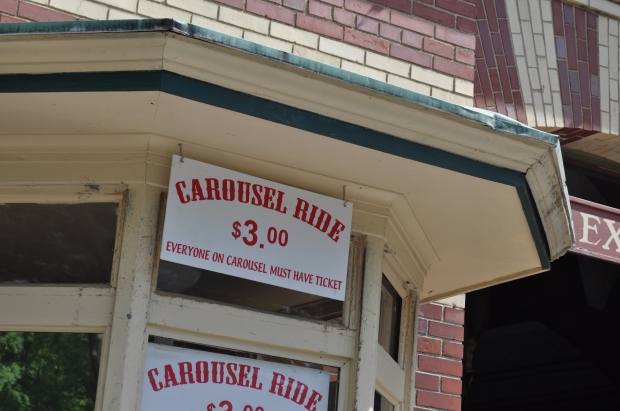 After this, we went looking for the road so we could get a cab to our tour spot. I’ll admit that it freaked me out how easily it could be to get lost in the park. It is HUGE and didn’t have many signs. Good thing for map applications on cell phones! We then went on a 3 hour TV/Movie tour that took us to a lot of locations used in movies. It was a nice way to see many parts of the city, and it was hosted by a funny comedian. Good times 🙂

Later that night we headed to the Retailer / Boutique Runway. My camera died half way through, so luckily Brittany snapped many good pictures. First, the brands! 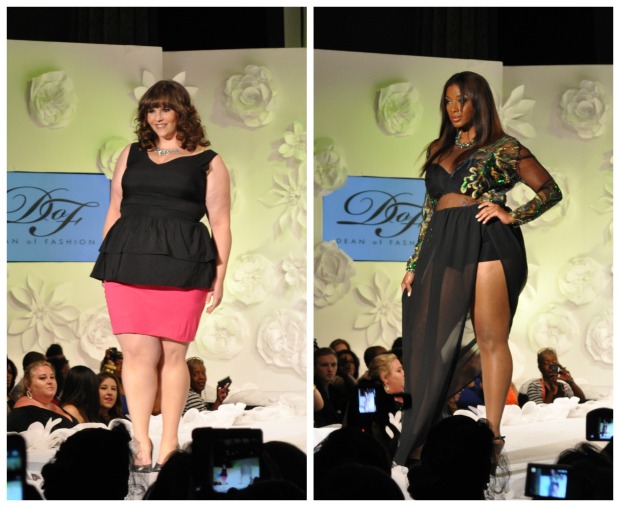 with Kellie and Gabi 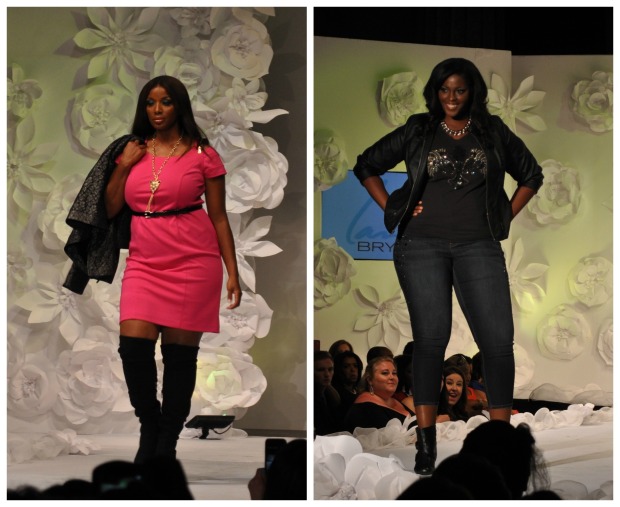 And the main sponsor of the week, Sonsi

Before, during, and after the runway, I got some shots with some of the lovely people I was able to hang out with during the week, such as Jen who owns and designs Seraphim.

I wore a City Chic dress with an Eloquii belt. 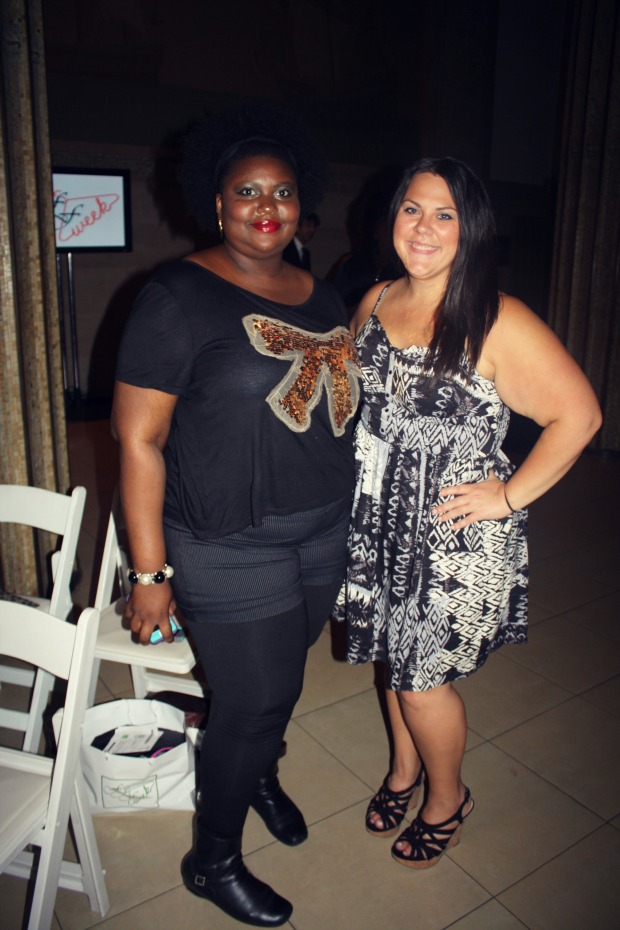 Jenny from Babblings of a Mommy 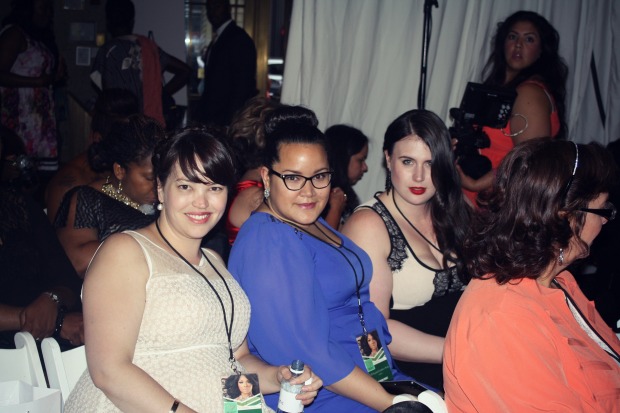 Lilli of Frocks and Frou Frou, Jennifer of Jasifer Lions Club, and Ashley of This Is Ashley Rose 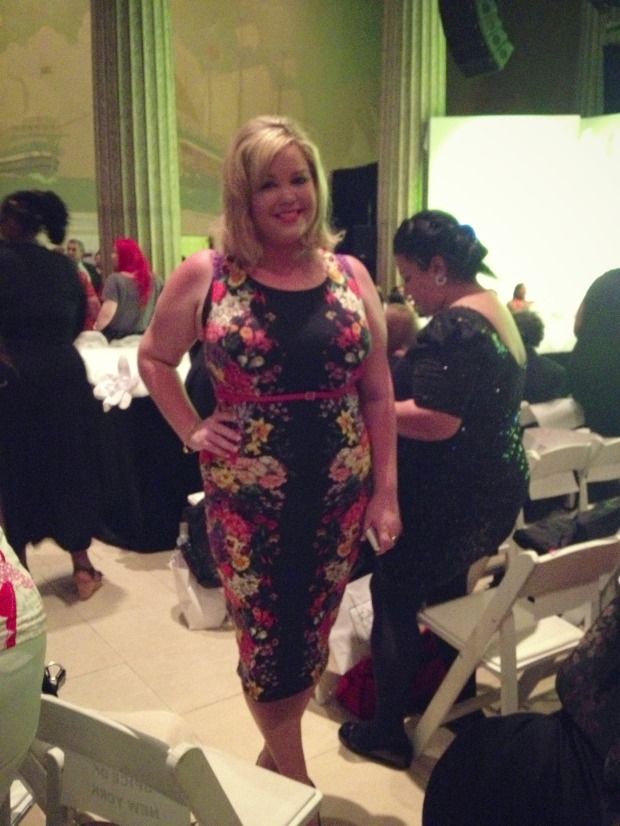 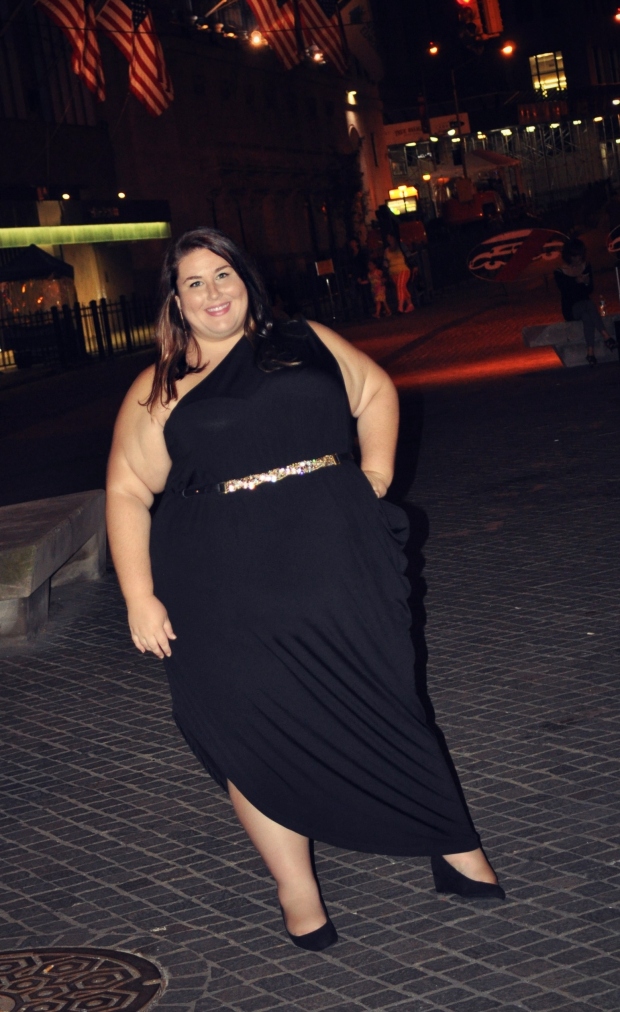 Somehow I missed getting pictures of the remainder of the night. We were exhausted, so Brittany and I just headed to a nearby restaurant with Olivia and her fiance Ben, and new friends Nadine and Emily. It was the perfect intimate ending to a full week.

I’d like to say thank you to Marie Denee and Gwen DeVoe for inviting me to be a part of the Fashion Front. It was truly a gift and an inspiring experience.

Which retailer/boutique’s looks did you enjoy the most?

P.S. Don’t forget to enter to win a dress from Lovedrobe.